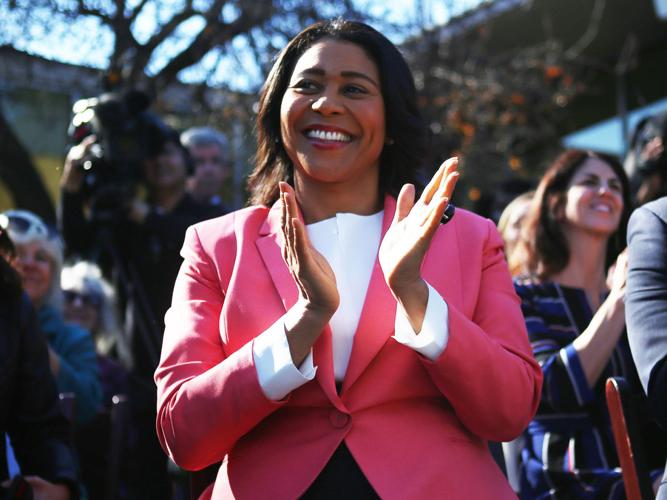 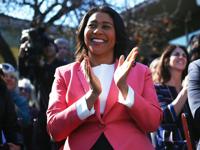 Board of Supervisors President London Breed has received more than $3.2 million in support of her mayoral bid in the…

Funding supporting London Breed, and blasting her opponents on her behalf, topped $3.2 million as of May 31.

And a portion of that funding, roughly $1 million, is more outside money for one San Francisco mayoral candidate than we’ve seen in the post-Citizens United-era.

That 2010 Supreme Court decision to toss out a ban on corporate and union election spending saw independent expenditure committees often referred to as Super PACs sprout like weeds, and this year that funding has largely supported Breed in her run for mayor.

From Facebook to Medium, Instagram to Twitch, tech money is flooding coffers to back Breed’s run. Housing developers and some tech moguls have also backed Jane Kim, while unions and one notable real estate mogul back candidate Mark Leno. All three candidates have qualified for public financing.

That outside funding is mostly amassed from large donations — many from technology sector CEOs and real estate interests — to independent expenditure groups that are allowed to accept donations in unlimited amounts and operate independently from candidates. Candidate-controlled committees, by contrast, are limited to $500 per-person donations.

More than $1 million has been spent by outside independent expenditure groups to support Breed, and roughly $330,000 to directly oppose Mark Leno and Jane Kim (ostensibly to aid Breed). In addition, Breed has raised around $1.1 million in individual contributions, an amount that has been matched by around $1 million in public financing, bringing her total funding support to just over $3 million.

That makes Breed the top money-getter in this race, and also means she has drawn more financial support than any candidate in the last seriously contested mayoral election in 2011, when Mayor Ed Lee first won office.

Lee also busted through outside-spending records in that race, with outside groups spending a whopping $963,411 to support him. However, that’s peanuts compared to the outside spending for Breed.

And that’s crucial right now, as undecided voters have been flagged in polls as a sizable enough block to swing this race.

Will truckfuls of cash convince voters who are on the fence to swing to a particular candidate? Outside spending from independent expenditure committees supporting Leno hovers at $198,000, and for Kim at $429,000, according to the Ethics Commission.

Adding in individual $500 contributions and public financing in their own candidate bank accounts, Leno’s total for all types of funding come to $2.1 million, and Kim’s $1.8 million.

Notably, some other citywide races have reached similar heights. State records show Scott Wiener netted $1.1 million in supportive outside funding for his state senate race against Jane Kim, for instance, and Kim netted about $538,000 in supportive funding. Still, that’s a statewide office. The good green coming in this Mayor’s race is from The City, for the most part.

Remember, groups don’t donate money out of the kindness of their hearts. This is an investment. Keeping that in mind, let’s take a look at some of the funders behind these outside groups.

Perhaps the richest blood out of all the outside groups spending money is the San Francisco for London Breed Mayor 2018 IE, which is sponsored by the San Francisco Firefighters Local 798. As of May 31, it has spent a few pennies shy of $600,000 to support Breed.

Donations to the Firefighters’ IE include $49,000 from tech company Ripple’s chairman Chris Larsen; $50,000 from Evan Williams, CEO and founder of the tech-blogging tool Medium; and $9,500 from the Teamsters Local 665.

Mysteriously, the Firefighters’ IE garnered $200,000 in donations from the statewide PAC Progress San Francisco, which is connected to tech mogul and Airbnb investor Ron Conway, friend and ally of the late Mayor Lee.

The It’s Our Time, SF Women Supporting London Breed for Mayor independent expenditure committee has spent $180,000 so far on Breed’s campaign. Interestingly, one of its biggest donations received was from a man: Williams again, the Medium CEO, who gave the group $50,000.

Williams pops up again, as he donated $50,000 to this group, too. Christopher Cox, chief product officer at Facebook, donated $9,000, and of course, Conway donated $5,000 to the committee. The San Francisco Association of Realtors, opponents of rent control, donated $16,000.

Gayle Conway, who is married to Ron Conway, donated $200,000 to an IE opposing Jane Kim that has attacked her for supporting former Sheriff Ross Mirkarimi.

SEE RELATED: Conway is financially backing Jane Kim attack ads — but not the Conway you think

As Kim and Leno are each other’s one-two ranked choice voting picks, and some funding sources support both candidates, I’m rolling them in together.

The Democratic County Central Committee, which is supporting both Leno and Kim, netted $10,000 from real estate mogul Clint Reilly.

San Francisco for All of Us, Supporting Mark Leno, an IE committee, took $20,000 from Unite Here Local 2, the hotel and restaurant workers’ union, and $25,000 from the Equality California PAC, a group supporting LGBT causes. That IE also netted in-kind contributions — a survey — worth $11,000 from the National Union of Healthcare Workers candidate committee.

The independent groups supporting Leno’s mayoral candidacy have on their own spent about as much as Breed’s groups have raised from individual donors. San Francisco and Tenants for Affordable Housing spent $55,000 supporting him, and was partially funded by the Harvey Milk LGBT Democratic Club Political Action Fund, to the tune of $19,500. The Milk Club pack, in turn, netted $3,500 from SEIU 1021, and $1,500 from San Francisco Baseball Associates LLC.

The San Francisco Deputy Sheriffs’ Association, an IE supporting Kim and Leno, had about $134,000 in the bank as of the end of May.