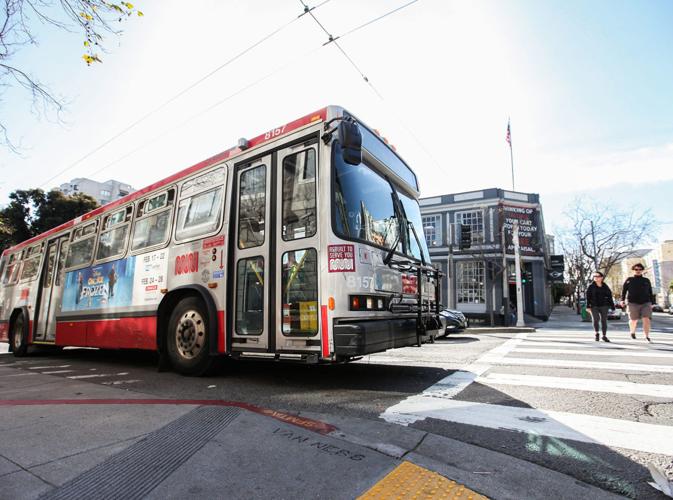 A suspected gunman forced a San Francisco Muni bus driver to take him for a ride in Sunnydale on Sunday night, according to police.

The man boarded a Muni bus at Sunnydale Avenue and Hahn Street at around 9:42 p.m. and told the driver he had a gun.

Police said the man threatened the driver unless he took him to a specific location. But the man hopped off the bus and fled a block away at Sunnydale Avenue and Santos Street.

Police are investigating the incident as a kidnapping and said the gun could have been fake.

The Muni driver was not injured.

Police did not release a detailed description of the suspect.

Blues at home with confidence for Game 6 vs. Avalanche