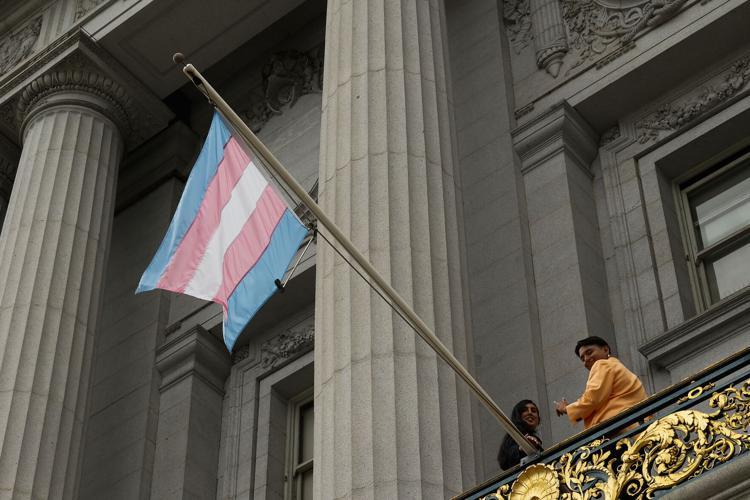 The transgender flag was outside the Mayor's balcony at City Hall to celebrate Transgender History Month on Monday, Aug. 1, 2022. 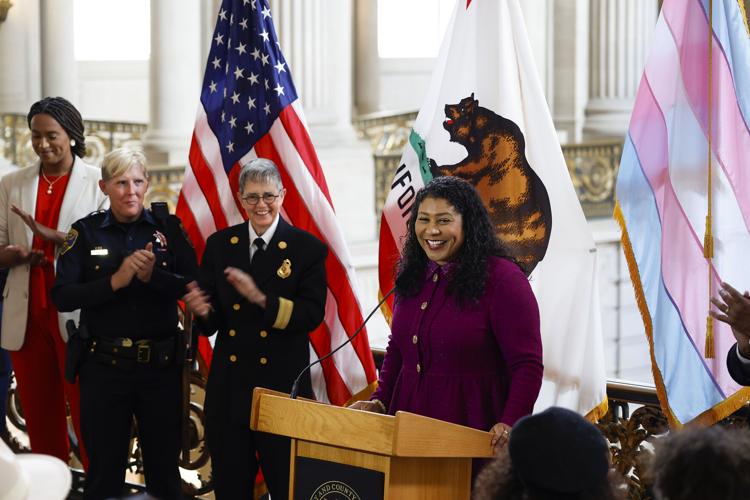 The transgender flag was outside the Mayor's balcony at City Hall to celebrate Transgender History Month on Monday, Aug. 1, 2022.

While this year marks the first official celebration, Mayor Breed signed the proclamation at the end of August 2021, establishing a yearly tradition of recognizing and celebrating transgender individuals from the past and present.

“It is so great to be here with all of you to honor our trans community in San Francisco with this extraordinary flag raising and to officially declare the month of August transgender month in the city and county of San Francisco,” said Breed at a press conference.

The choice to distinguish August as The City’s transgender month aligns with the anniversary of the Compton Cafeteria riots of 1966, which were “considered the first large-scale act of resistance of trans women and drag queens against police violence,” said Jupiter Peraza, who developed the idea for the annual history event and is the Transgender District’s director of social initiatives.

“San Francisco is a city that possesses so much trans history,” said Peraza. “I want trans history month to be an opportunity in which we truly celebrate with joy and happiness, the icons and the legends that came before us. I want to also let every trans person know that they are indeed special. They are incredibly valuable, and that this place, this world, this life would not be the same without them.”

Andrea Horne, a trans activist who has been archiving documentation of Black trans women, said that Trans History Month represents the creation of “a new path” for trans individuals in The City and that “there wouldn't be so many people in this country trying to suppress the real history of our country if it weren't important.”

Another trans activist, Marcus Arana, who spent 10 years working with the Human Rights Commission to expand and protect trans rights across the world, spoke about trans history month as a mark of progress.

“I want to say to the mayor that these gestures matter, that you have had predecessors that have refused to raise the flag over City Hall. So these things matter, as we are talking about history. This is a moment in history, and it's a beautiful one. So I'm very grateful because this means something to our communities,” said Arana.

Pau Crego, executive director of The City’s Office of Transgender Initiatives, also underscored the historical nature of the moment.

“We all know that trans people are rarely mentioned in the history books, but we know that we were there all along,” said Crego. “Now as trans people, we have the power to write our own chapters in the history books, thanks to the huge progress we have made in terms of legal rights, visibility and addressing the inequities of our communities of space. There is no going back. We have never been more powerful as a community.”

The celebration comes as The City’s LGBTQ+ community is facing the spread of monkeypox at a disproportionately high rate.

“San Francisco will not be silent,” said Mayor Breed in regard to the lack of sufficient monkeypox vaccines. “We're going to continue to press our federal government to provide us the support we need.”

She continued, “The fact that it has impacted the LGBTQ community disproportionately and things are moving as slow as they are is just sadly another reminder of why it's important that we continue to come together.”

“We know that there's trans people all over the world who could not even dream that this would happen in their lifetime. So we are writing our own history right now by being here today,” said Crego. “Everything we do to grow stronger as a community is entering the history books as we speak. So let's continue to make history together, and happy transgender history month everyone.”