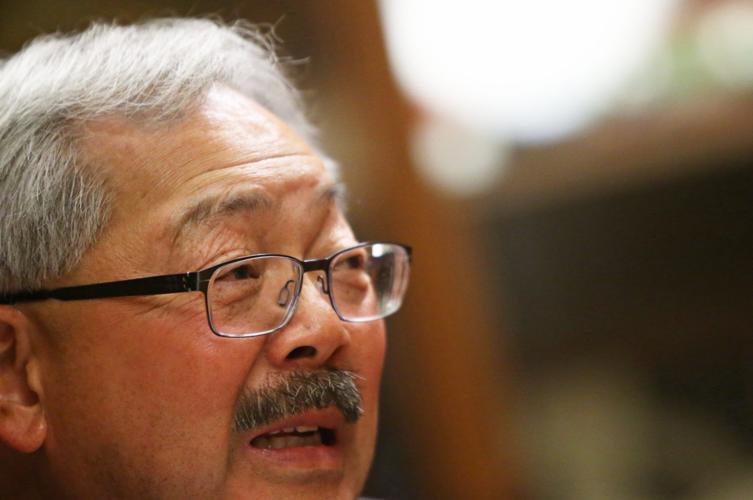 A dispatcher answered the fateful call in only one second. An ambulance arrived at the scene in under four minutes.

“It’s the mayor of San Francisc —” the unidentified caller said.

The recording then abruptly cuts off.

Audio of the 911 calls, and accompanying records, were obtained by the San Francisco Examiner in a public records request. The speedy response shows how the Department of Emergency Management has improved in recent months.

The late mayor bolstered the department in one of his final executive directives.

The audio showcased eerie calm from both the unidentified caller and the dispatcher at 10:07 p.m. Dec. 11, despite the emergency that would result in Mayor Lee’s death hours later at 1:11 a.m. at Zuckerberg San Francisco General Hospital.

The dispatcher asked, “How old does he look, or she?” The caller responded quickly, “65. He’s a male. It’s a male.” The dispatcher also asked the caller to verify Lee was waiting near “vegetables,” presumably the vegetable aisle.

Some of the audio is distorted, and much of the call was redacted — meaning it was “taped over” — by the Department of Emergency Management for privacy concerns.

The ambulance arrived 40 seconds after 10:10 p.m., according to the Department of Emergency Management. That’s an arrival time of just under four minutes, a flash compared to the almost 20-minute waits encountered by 911 callers during a record-busting heat wave in early September.

That poor record led the Board of Supervisors to demand answers from the Department of Emergency Management’s leaders at multiple hearings in the fall. Supervisor Aaron Peskin in particular lambasted Anne Kronenberg, the department’s executive director, for deficiencies, including a failure to meet national standards for 911 response times.

It’s no secret that those hearings lit a fire under the department, but Mayor Lee also answered the call to fix response times.

In August, Lee directed the non-emergency 311 call center to take on the some 3,000 monthly calls for auto-burglaries. Those calls, among others, previously jammed up 911’s lines and delayed responses to other emergencies.

“It’s going to get better and better because I don’t think we diverted all 3,000 calls,” Mayor Lee told the Examiner in late August. “I think this is just the first batch. When we get to diverting all those calls, you’re going to see even more dramatic [results].”

The tarnished agency finally met its target in November, and responded to 90 percent of 911 calls in under 10 seconds. Peskin praised those efforts.

“I am relieved and pleased that our 911 system is meeting national standards, and was there when that terrible call came in [the night of Dec. 11],” Peskin told me.

Acting Mayor London Breed said in a statement that The City will continue to work to improve emergency response times.

“While we are making significant improvements in our response times, we can always do better,” Breed said in the statement. “We will continue to move forward with critical reforms that will make our city a model for public safety responses.”

In particular, the call reveals that even after suffering a heart attack, Lee may have been able to speak.

The second 911 call came from a man who identified himself as “currently in charge” of the Safeway where Lee was shopping.

“It looks like we do have an ambulance already enroute. How is the person doing now?” the dispatcher asked the Safeway manager.

In the audio filed we obtained, the manager’s response was muted by the Department of Emergency Management for privacy reasons. The Safeway manager then said, “I’m not 100 percent sure, but I’m almost 100 percent sure I think it’s Mayor Ed Lee.”

After a brief exchange, the dispatcher said, “Is there any way you can ask him?”

The Safeway manager said he was speaking on the store’s phone, which could not be moved. He walked to the vegetable aisle to talk to the mayor, walked back, and responded to the dispatcher.

“So it is Ed Lee … When I asked for his name he just told me Lee. L-E-E,” the Safeway manager said.

Sources on background told me Lee also was able to speak on the ambulance ride to San Francisco General Hospital, where he was accompanied by his wife, Anita Lee.

“He was in critical condition, and we attempted life-saving measures for several hours,” she said. His family requested the hospital share “no further medical information,” which is also protected by medical privacy laws.

Those final moments are known by a select few, and Lee’s wife, alone.

Editor’s note: The headline of this story has been updated.