Sen. John McCain's angry reference to 'Tea Party hobbits” earlier this week, has sparked several photoshopping memes that are spreading across the internet as Tea party supporters mocked his comments that were drawn from a Wall Street Journal editorial.

Sharron Angle added fuel to the fire by responding to McCain, “As in the fable, it is the hobbits who are the heroes and save the land. This Lord of the TARP actually ought to read to the end of the story and join forces with the TEA Party, not criticize it.”

Kentucky Senator Rand Paul joked yesterday in a conference call, “I’d rather be a hobbit than a troll,”

In this photo, it appears that someone has edited this hobbit picture with what looks like the faces of Sarah Palin, Michelle Bachmann, Glenn Beck and anti tax activist Grover Norquist.

Here is what a “long expected” Tea Party would look like:

Most users, however, appear to enjoy photoshopping McCain's face on Lord of the Rings villians, particularily that of Gollum. 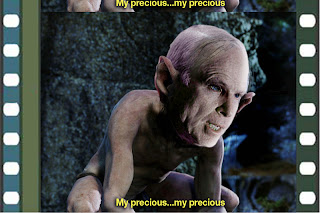 Electionpalooza: SF school board recall will kick off a flurry of local races

‘Hey, Juul, don’t let the door hit you on the way out’

‘Everywhere you turn, things that were easy are no longer easy’