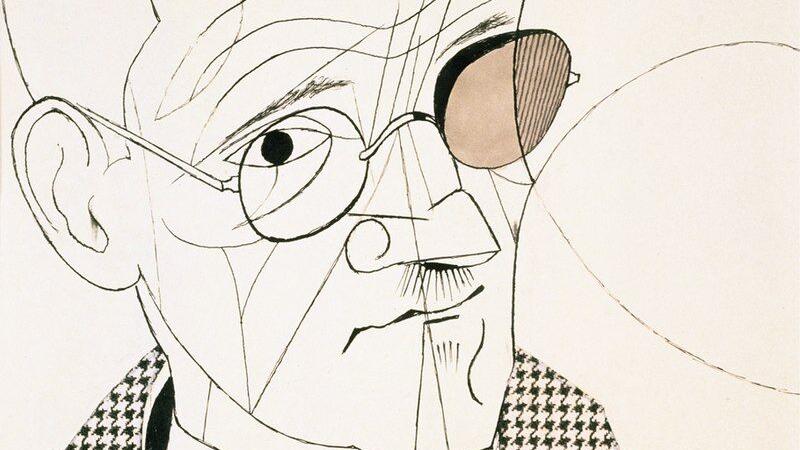 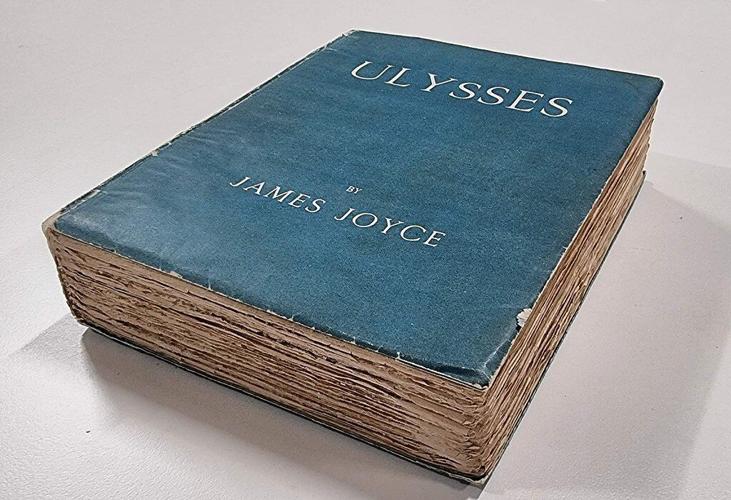 A first edition, first printing of "Ulysses" by James Joyce, published by Paris-Shakespeare in 1922.

San Francisco has long enjoyed a vital connection to Ireland. Think of immigrants like Jasper O’Farrell and the thousands of men and women who came during the Gold Rush, lived in places like Irish Hill and helped to give San Francisco its identity.

So, it’s not surprising that The City is going all out to celebrate the 100th anniversary of the publication of "Ulysses," James Joyce’s epic novel, which was censored before it became a global bestseller and required reading in college English classes. The novel was required when I took a comparative literature class as an undergraduate in the 1960s with Lionel Trilling.

Like most readers of 'Ulysses,' including the famous Irish novelist Edna O’Brien, I did not read every word of the novel. Much of it is largely inaccessible. Still, like O’Brien and millions of other readers around the world, I found it impossible to resist, in part because of its complexity. Joyce himself felt that his novel would live long after his passing — he died in 1941 at the age of 58 — precisely because it was complex and even arcane.

For the past 100 years, scholars have been unpacking nearly every problematic passage. Their efforts have helped to keep the novel alive. Still, what has given "Ulysses" literary immortality are the characters, including Stephen Dedalus, Joyce’s alter ego, Molly Bloom and especially her husband, Leopold — a Jewish Irishman, modern day Ulysses and an ad salesman for a Dublin newspaper. Joyce calls him “irrepressible.” He’s the glue that holds the sprawling narrative together.

Every June 16, which is the day when the narrative in "Ulysses" takes place, fans of the novel and devotees of the author have celebrated one of the greatest novels in the English language. For decades, the occasion has been anointed “Bloomsday.” This year in San Francisco, it’s called “Bloomsbay,” to say that the novel is part of our landscape.

Over the next few days, Leopold Bloom and his creator — who lived much of his life in self-imposed exile — will be honored with exhibits, films, lectures, discussions, a podcast and an open mic. There’s something for all ages and persuasions: Catholics, Protestants, Jews and more. Bloom wants them all to live in peace and harmony.

The Irish might call the mega fete “the craic,” a term that’s hard to define, though the Oxford English Dictionary says it means “fun, amusement, mischief.” The London Times has said that “the word is really defiant of precise definition,” which seems to fit "Ulysses" itself, which can't be nailed down, though Joyceans have called it a modern epic, a grand experiment with language, an argument with Ireland and the Catholic Church, and a love song for the Irish.

The San Francisco Main Library is leading the charge with a display of the life of the author — his time in Ireland, his education, his travels and his eventual residence in Paris — and discussion on the writing of his books "Dubliners," "Portrait of an Artist as a Young Man," "Finnegans Wake" and, of course, "Ulysses." The exhibit will also include special material on the novel’s publisher Sylvia Beach, founder of the famous Shakespeare & Co. bookstore in Paris.

Most of the Bloomsbay events are free, though an event at the Mechanics’ Institute on Thursday evening, which features music, requires a modest admission. Guests and participants are urged to wear costumes at the Mechanics' Institute and read aloud from "Ulysses." There's also a performance called "Goldenhair — Song Cycle Based on 'Ulysses'" — at Feinstein's at the Nikko on June 14, presented by the Consulate General of Ireland and the Department of Foreign Affairs Cultural Unit, featuring composer Brian Byre and musicians from Ireland and the Bay Area.

For those who go to the San Francisco Main Library, they can borrow the book or check out one or more of the many volumes about the author and his masterpiece. The library website lists Joyce’s novels, plus a collection of his letters and several biographies, as well as works by his wife, Nora, the inspiration for Molly Bloom, and Joyce’s own brother Stanislaus. Also, of interest is J.M. Coetzee’s novel "Elizabeth Costello," which is told from the point of view of the irrepressible Molly, who delivers a powerful soliloquy that concludes "Ulysses."

In some ways, she steals the show. Joyce must have known that his novel needed a female voice and the affirmative point of view of a feisty Irish woman. Her words conclude "Ulysses": “I asked him with my eyes to ask again yes and then he asked me would I yes to say yes my mountain flower and first I put my arms around him yes and drew him down to me so he could feel my breasts all perfume yes and his heart was going like mad and yes I said yes I will Yes.” Molly’s “yes” is surely the most famous “Yes” in literature. It also signals Joyce’s “yes” to life itself which is as good a reason as any other to take part in Bloomsbay.

Goldenhair – A song cycle based on "Ulysses at Feinstein’s at the Nikko, 222 Mason St. S.F., Monday, June 14, 7:30 p.m. $55 per person. (866) 663-1063, feinsteinssf.com. Presented by the Consulate General of Ireland and the Department of Foreign Affairs Culture Unit, featuring composer Brian Byrne and musicians from Ireland and the Bay Area in an ambitious song cycle based on Joyce’s seminal novel.

World Premiere: U22 The Centenary Ulysses Podcast, launches June 16 at u22pod.com, co-hosted by Catherine Flynn, associate professor of English at UC Berkeley and editor of "The Cambridge Centenary Ulysses: The 1922 Text with Essays and Notes," and Emily Moell and Louie Poore. The podcast celebrates the release of Flynn's new book and includes conversations with contributors and with readers of "Ulysses" from around the world.

Jonah Raskin is a novelist and a non-fiction writer who lives in San Francisco.